I first made this pattern in the mid 1970s when I was in my early twenties. I see that it was bought at a fabric shop at my then local shopping centre, which is long gone and which I can barely remember now.

I remember making a maxi version of this dress from some gorgeous blue and silver fabric which swished and glistened and I was so happy when I found the pattern recently. I didn’t know if it would still fit me, but decided to risk it as the measurements seemed to be about right, and it did have 1.5cm seams, so I could let it out a bit if necessary.

The dress is cut on the bias so takes a lot of fabric and I was determined to use stashed fabric, so went on the hunt. I found a lovely cotton lawn which I bought from Spotlight about six years ago, and which I had a lot of because (a) it was ridiculously cheap, from memory about $2m; and (b) it put me in mind of Mary Quant, sort of. 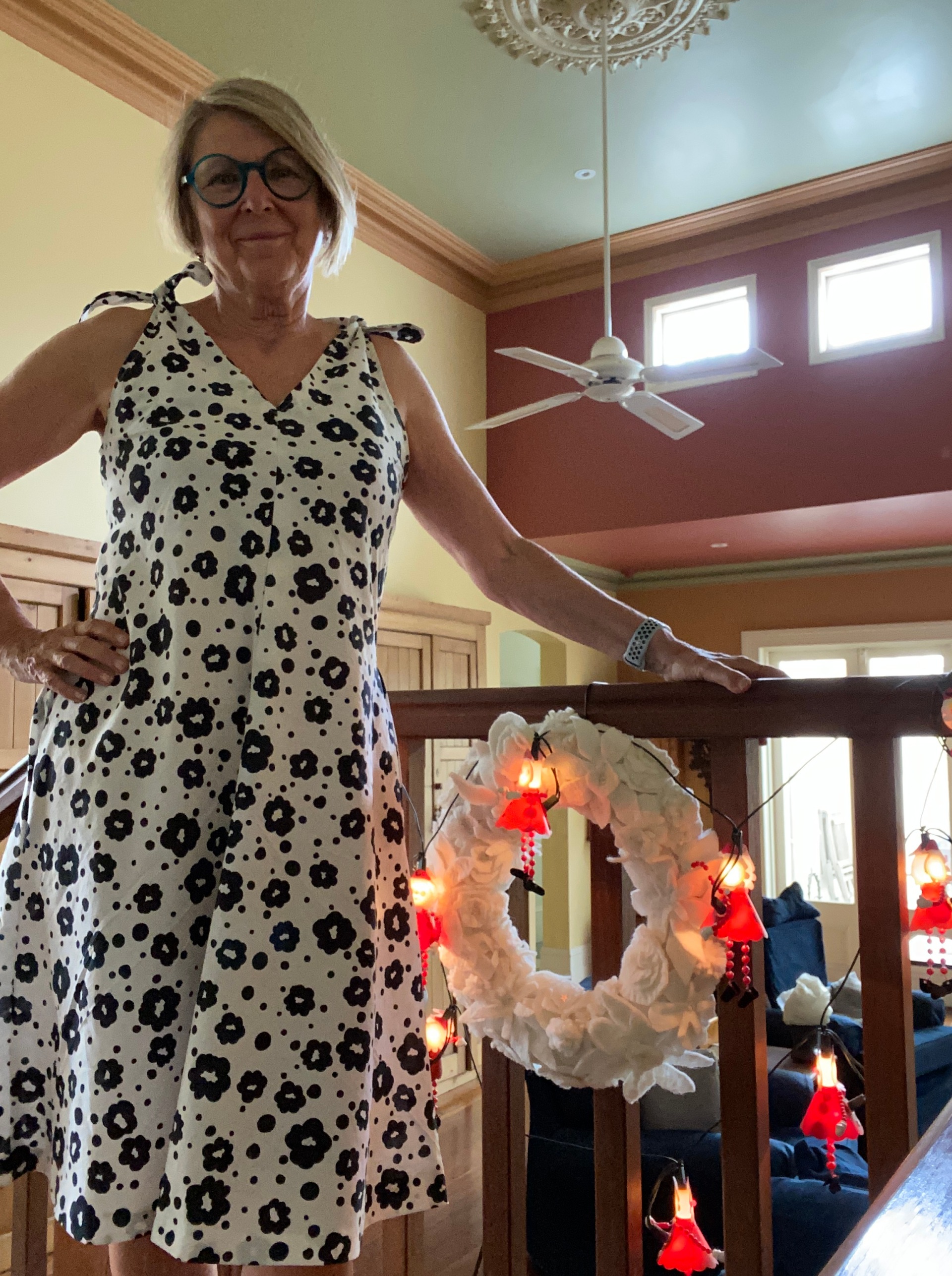 It’s a really simple dress to make, coming together in a few hours, and I thought I’d wear it on Christmas Day because it’s usually pretty warm and this would be a breezy, cool dress, although not very festive.

The back is almost identical to the front, although there must be some differences as there are two pattern pieces, so I put a “this is the back” label in it, much to the amusement of one of my friends. It has saved me a lot of trouble every time I put it on though.

Speaking of putting it on, I can’t remember what I did more than forty years ago (eek!), but tying those ties when the dress is on is almost impossible, so I have now got them tied properly (after I took the photos of course!) and I wriggle in and out of the dress, which is much more satisfactory.

There are pockets in the side seams of the dress, but they are so small that I forget they are there. They are cut in one piece with the body of the dress, so it should be a simple matter to make them slightly bigger.

The pattern envelope shows the dress worn with a belt, so I thought I’d give that a go too and auditioned several, settling on this plain black elastic belt with a 1930s buckle, which I made many years ago. 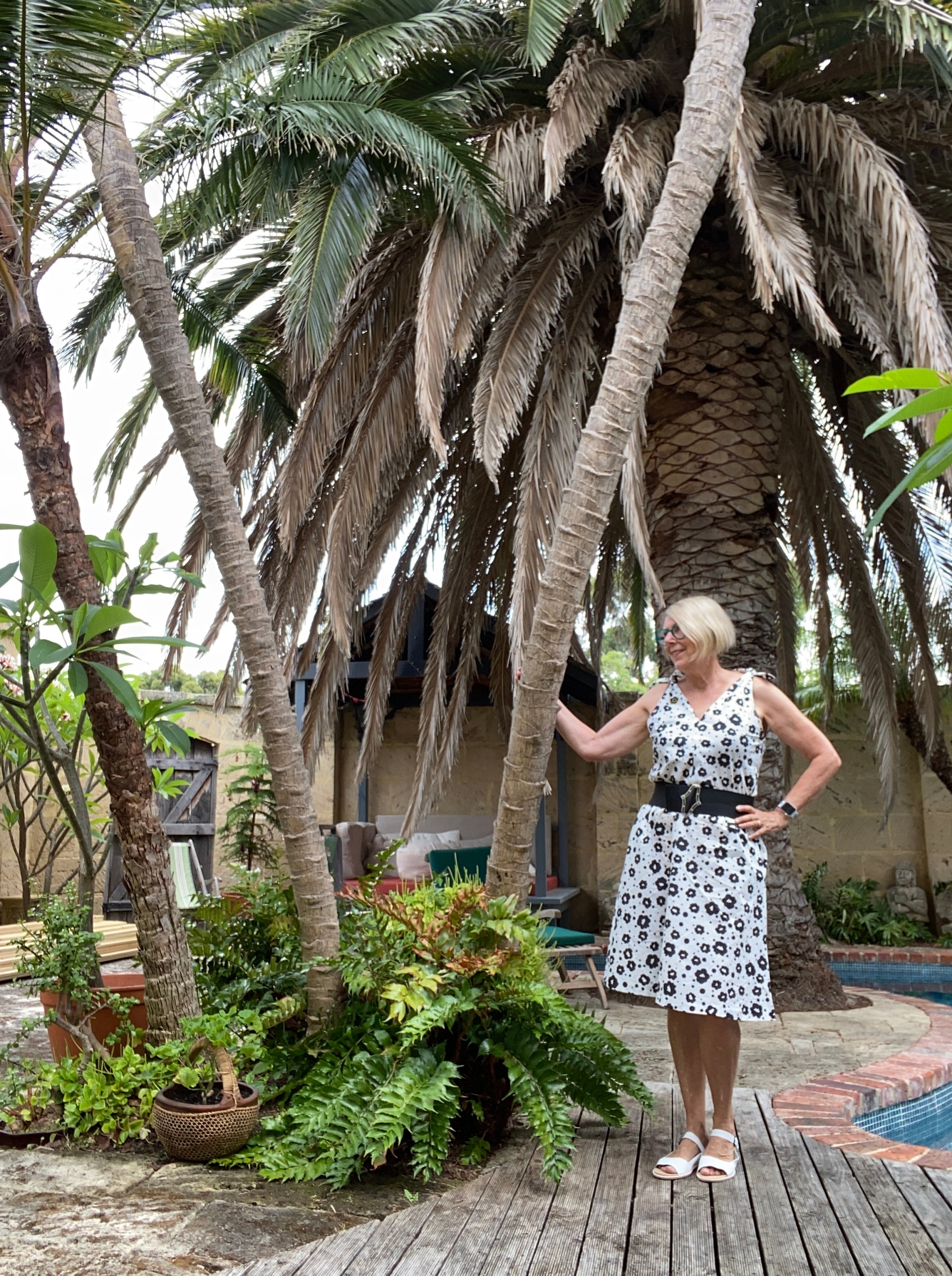 Of course the dress also goes really well with my new sandals, made with The Shoe Camaraderie earlier this month.

You can’t really see it, but I have a Mary Quant flower magnet on the dress, which I bought at the Mary Quant exhibition at the V&A earlier this year. It’s extremely well disguised as it is also black, although if you squint it’s on my right shoulder.

This is a dress that will get a lot of use, and I am beyond pleased that the pattern still fits. I feel another one is in order, and I have just the fabric – a drapey viscose. I’m rather looking forward to making it.